It would be an understatement to say that I am a music lover. I think one inherits these things from your parents, and for me it was my father. 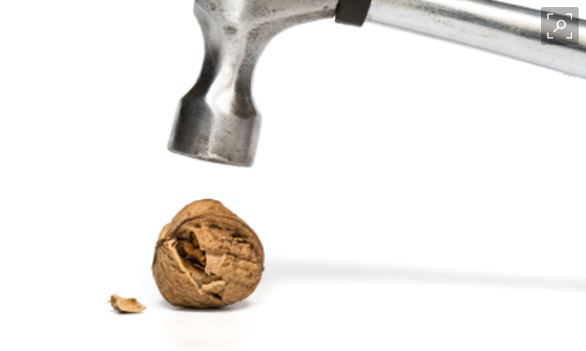 He is sadly gone from this world now and his musical tastes rarely blended with mine, but I remember a full wall of albums that he used to have. Yes, my love of music came from him.

I have asked many people this question. ‘When you hear a song for the first time, can you categorically say you like it?’

Everyone I have asked tell me the same thing, ‘Yes’. I can’t say this as rarely is the time that a song melds me with on first listen. Even the ‘catchy’ pop songs rarely hit me.

A friend who is more of a mainstream type of listener forwarded ‘Dua Lipa - New Rules’ to me a few months ago. I listened and heard the ubiquitous monolithic sounds of ‘today’.

My father used to comment a lot when I ‘forced’ him to watch Top of the Pops in the 80’s.

‘They all sound the same’, - Nearly all songs
‘Look at that stupid hair’, - Howard Jones, Phil Oakey
‘Is that a girl’ – Boy George Back to the Dua Lipa song. It just didn’t register, and then it did. I don’t want to dismiss music just because it is current like my father used to.

It started playing in my mind, fortunately not as an earworm (https://en.wikipedia.org/wiki/Earworm), and I realised it was a “grower”. Evidently, it had registered somewhere in my subconscious as ‘slightly interesting’ and manifested its way into my musical memory.

In my never-ending quest to find new interesting bands or artists, I decided to listen to some Tool and the album I picked was “Ænima”. I read an Amazon review, which I now can’t find which challenged me.

‘It will take 50 plays to crack the Ænima nut’. So there are other people like me, or is this simply the case that the album is simply inaccessible.

Eulogy – Tool from the album ‘Ænima’

So, why should I bother with ‘inaccessible’ albums or material?

Because in my opinion these albums turn out to be the most rewarding, that is when the nut is cracked. It took around TEN listens of ‘Ænima’ for my nut to start cracking. I can still remember when it happened. I was hearing things I didn’t initially hear, and those foreign sounds were starting to meld in a great way.

There are exceptions to my ‘nut’ rule. Some songs do click on first listen. I really can’t explain why but it does happen, just not often enough!

I will now suggest some albums which I found inaccessible, but which I have found long lasting, sustaining and in my personal top fifty.

I’m sure there is more but these spring to mind. If you reading this you’re probably thinking, ‘I can distinguish a great song on the first listen’. Well, I just wish I had your gift as I most definitely cannot.

Submit
0.00 MARLIANS
174 votes
19
Authors get paid when people like you upvote their post.If you enjoyed what you read here, create your account today and start earning FREE STEEM!
Sort Order:
[-]
uwelang (75)Certified Ulogger  ·  4 months ago

Sure @uwelang, I joined the community. This is actually a re-post from 2 years ago that was supposed to go to STEEM (and has); it was not intended for HIVE. But as it's Sunday it could pass for a Sunday Showcase I suppose.

While I have a stake in STEEM, I will keep using it and these mistakes are gonng happen.

no worries - these two chains and using it is confusing certainly still :-). Losing overview nearly everyday.

I don't check out a huge amount of new music recently, but in the past the bands I got into were ones that clicked with me. Sometimes that was because they were something different. My only Tool album is the one you mention and I found it in a charity shop. I have to say I like it :)

This is going to be shocking for anyone that knows me, but I really couldn't stand Taylor Swift when she first came out. Now I can really appreciate the full catalog of her stuff because I know what a talented song writer she is. The same can be said for Lady Gaga and Camilla Cabello. I didn't really care for them at first either, now I really enjoy them. I do think Gaga is more talented than Cabello. Cabello just has some catchy tunes pitched her way.

I can't say I give them much chance these days... if the radio was on them maybe I would hear something good!

I pretty much can tell if I like a song on the first listening. Its a gut feeling somehow, but I also listen how its made and if its something original. What I stopped doing is, to dismiss a artist completly based on what I heard before. Sometimes people can make a positive surprise - but sometimes a negative, too.
Your list of "inaccessable" is pretty harmless for my standard, I must say. But I'm over 60 and I heard a lot of weird stuff over time. That makes things relative, I guess. If you wonder what I mean, listen to these:

These don't half sound bad and I could probably crack some of them! The last one 'The Isle Of Everywhere' got my ear, sounds like early seventies stuff which is one of my fave periods.

Yeah, Gong was one of the real heavy duty psychodelic music projects, with Steve Hillage and so on. There is so much absolutly top notch music from the 70s, it was the most productive time period for music in my opinion. People like Holger Czukay, Klaus Schulze and many other, they basically invented entire genres. Or take Peter Gabriel, I think he is a musical genius just like Beethoven. The early Genesis albums are simply phenomenal - I doubt anybody today can even come close to compose rock music like that.

You don't need to tell me about Genesis, I'm a right nut for them!

If you don't disregard them they are, I'm willing to bet I have chucked a load out as 'crap' that were actually deep and great once that hook got under my skin.

I listen to a lot of audiobooks, and there's a similar thing that happens there -- but the effort required to crack new nuts is significant, so in that sense, I'm only occasionally going after them.

Mistborn, for example, was a random -- with a spark that ended up being a favorite / repeat listen. The whole series is wonderful in my mind, but the first book is probably my favorite.

Listening to other classics - hunger games / harry potter audiobooks, you notice a lot more things, like in movies. You already know where it's going, so you pick up on foreshadowing, or speculate on details and connections that weren't clearly stated.

Mistborn..., an audiobook I have also listened too, and it was great. The Wax and Wayne stuff follow-ups though were diluted crap. There was no Mistborn anymore, just coin-shots or whatever they were called, what a letdown!

I wouldn't mind going back to the original trilogy, I didn't have any nut problems with that one!

I enjoyed the wax and wayne but they were diluted.

It kind of reminded me of a pulp steampunk western -- which poked fun at itself. Lighthearted.

But nothing was really as savage and solid as the first Misborn.

You know what I actually had nut problems with -- Speaker for the Dead - Orson Scott Card.

That whole trilogy, I'm not even sure if I've gone all the way through it.

Enders Game and Ender's Shadow were easy wins for me.

But the speaker for the dead took me several tries to get through -- this is nut levels.

Weird mixture -- series -- between wanting more from the characters, and then that whole nothing is quite like the first one phenomenon.

Harry potter, on the other hand, I feel doesn't get really good until book 3-5.

Love Harry Potter, all of it. Just listened to the lot again recently on Audiobook with Stephen Fry narrating... fantastic story!

I made a little audio recording response to this post, but I'm wondering how to upload it?

I don't know is the answer. I haven't tried to do this before.

Okay, I got a few ideas from discord, when I come back later, I'll try them.
How's the new job going?