Do You Think We Will Have Regular STEEMillionaires In The Future?

I think its safe to say plenty of us signed up for an account on STEEM with $$ in our eyes; it was all about the moola. Since the drop from $8.16 to the around $0.14 range we've been hovering around, dreams have been dashed.

I remember coming into Steemit and checking out the early success stories of people making $1 000 per post. It wasn't reliant on getting mass views or advertising like traditional social media.

Those authors who bagged those early rewards have mostly all but left and sold out, be it quietly slipping into that good night or unceremoniously declaring they detest or they were "giving up". The price of STEEM affects everyone differently, and for me, it had an adverse effect.

When I got in STEEM was around $3 bucks, and I heard of peoples accounts being worth over a million. That was crazy to think back then, but could it be something we will see a repeat of one day?

I never thought I'd make it to a minnow, nevermind dolphin level now I'm just over 7200 STEEM Power strong, and I'll keep growing as long as the going is good. I'll keep stacking every bit I can get my hands on.

I don't have a plan on what I'll do with it, seems like a fun keepsake at the moment and who knows one day I could do my "I'm technically a millionaire post" lol maybe not in USD, but for sure in South African Rands it's possible. 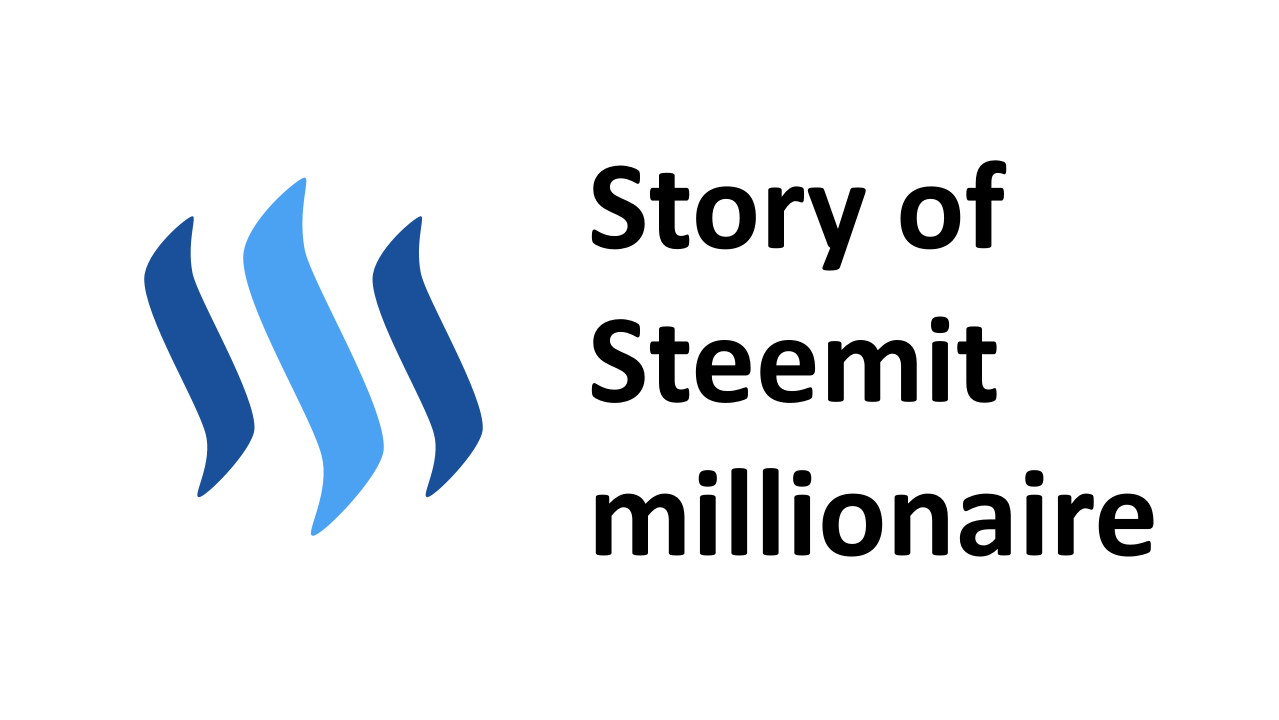 As I mentioned in my previous post, I think the Bitcoin halving could have a significant effect on crypto prices, and I believe BTC will settle around USD 20k, while Steem should hover between $0.35 and $0.50 to be fair.

I think we tend to forget steem is a fledgeling social media platform and expect it to be up there with the big boys already because we enjoy whats going on here, but to the rest of the world, we're a well-kept secret.

There were plenty of early adopters of YouTube and Instagram that made it big and gave up too soon when the platform was still growing. Others joined at the right times, some stuck it out and continue to do so and were rewarded by becoming millionaires and even multimillionaires over time.

Some people used Twitter and became large influencers, those who used Medium and became popular bloggers and even turned themselves into publications. Some bloggers built their site into 6 figure earners using Google Adsense.

I see no reason why STEEM and even perhaps dapp and Tribe users couldn't reach the same status over time as these sites grow and add new revenue streams that can be shared in the ecosystem. We've already seen STEEM and Tribes adopting ads and bringing in external revenue, and I think there will be plenty fo future opportunities for more sinks and ways to bring in value into the network.

As we get more users, we get more creators, and the ecosystem gets more significant and more valuable to advertisers. It may seem small now, but you'll be surprised how quickly these network effects compound over time.

So what do you think? Will we have a future with a couple or even a several STEEMillionaires one day? Let me know :P

Submit
0.00 MARLIANS
300 votes
25
Authors get paid when people like you upvote their post.If you enjoyed what you read here, create your account today and start earning FREE STEEM!
Sort Order:
[-]
brianphobos (70)  ·  10 months ago

There will be a few Zimbabweanian millionaires but for the most part there will be a few people who will earn something worth their time but the majority of people will end up upside down on their time and money before they realize about 50 accounts control this place.

I suppose so but that’s really no diffent from any other platform there are winners and losers! Let’s take YouTube for example a small percentage of the users get Curated and pushed at get most of the views!

Sure you can have your 20-30 subs and make your few bucks a month but the vast majority of views and revenue to go a select few!

This is true to a certain extent with YouTube. There are certain things that are pretty restrictive on there but most people can find some sort of following if they went really hard at it over there and were making videos everyday.

Over there the exposure usually grows from engagement whereas here you have to mainly buy your influence.

Here there is really no one who can come here even with the best content and actually sustain themselves. That just isn't a good situation for a platform this size that is reportedly a social media platform where people can get paid. NOT 1 Person ..... smh

It's interesting that your motivation was about the moola and that you are still active on the platform. It was never my interest, having gotten my leg up with Proof of Work coins. The technology interested me though. Scalability solved by this radical thing called Delegated Proof of Stake.

My feeling is that where Proof of Work are currency-like coins, Delegated Proof of Stake are more utilitarian tokens. They allow one to get the full power of the fastest, no fee transaction and scalable blockchain out there. Let the investors park their wealth in PoW while the devs/makers/shakers use STEEM to power their dApps.

The present price suites me just fine. It will hasten and ease the entry into the platform for up and coming dApp developers.

I agree with you STEEM will be selling it’s network resources to dapp devs with developer suites to make it easy to leverage their network! I can see it all coming together with each deploy

Steem is going to have to increase in value by like, 10,000x for that to happen in the UK! Now there's a thought... Steem rich list by country 🤔

LOL I rate their are a few countries pretty close off the top of my head Zimbabwe, Venezuela, Sri Lanka, Vietnam should be pretty easy to hit million status

Hmmm, I'd need 10 million steem to be a real life millionaire with steem in the UK 🤣

But yea I think for countries that are not quite as strong economically, you could probably get there with a lot less steem.

I'm not retiring on STEEM any time soon, let's put it that way haha. If I can make it to orca status, I'll be very happy. Nearly half way there

LOL you might as well take the entire reward pool with you at this point! I wonder who will be the first “steemmillionaires” and at what year will they come in! I mean it took years for BTC to produce its first millionaires

Oh me neither, I’m surprised I’ve stacked this much, I’d like to get to 10k soon and hopefully get to Orca status should it still be this low! If it ever goes up I can kiss that dream good bye

Hahaha, I'd probably follow a load of manual curation trails if I had that much and support those initiatives (and of course, top 3 😁)

If you can't afford to buy then the next best way is posting, dlease and/or work the curation game. With steem price still low, getting steem as reward rather than SBD is a good way to grow the account.

If I didn't buy any, I'd be on around 3.5k SP still with author rewards only. I cant be a minnow again (no offence minnows) 🤣

If I had that much steem I’d try my best to curate but then be called out for being a tyrant and would have to delegate to curation groups too!

I do buy every month along with BTC and other alts if I see a good deal but yeah for sure I’m doing dlease and just being active! I’m surprised I got to 7k I never thought I’d ever have this much so everything now is bonus for me and I want to see how far I can get before it becomes unaffordable, hopefully it does lol

Totally, like eveyrhibg it’s all bout about compounding time and effort! I’m all for those who feel they can grow organically and have but if you have means why not give yourself a boost if you in it for the long run

Who knows? One day I could be the MR beast of steem and be like oh tipped my waiter $1000 in STEEM check our click bait video below

I hope so and likely in some countries.

thanks, sorry I missed your comment. Glad I won over another reader :)

You just got a 7.59% upvote from SteemPlus!
To get higher upvotes, earn more SteemPlus Points (SPP). On your Steemit wallet, check your SPP balance and click on "How to earn SPP?" to find out all the ways to earn.
If you're not using SteemPlus yet, please check our last posts in here to see the many ways in which SteemPlus can improve your Steem experience on Steemit and Busy.

Congratulations @chekohler! You have completed the following achievement on the Steem blockchain and have been rewarded with new badge(s) :

lol then why are you here bid botting posts if you think it’s going to zero? Surely there are better users of your time

Lol calling people names isn’t how you go about getting an apology!